In the third of our four-part article on Petronas, we look at the pressures Petronas faces in its domestic operations, which is still its mainstay.  And we raise the question of whether it would have been better for Petronas to have just focused on domestic oil and gas resources.

On the one hand, Petronas, Malaysia’s national oil corporation, has to do something about dwindling oil reserves within Malaysia and on the other it needs to ensure that it does not give away too much in the process of getting more oil found and recovered.

And although margins are lower, it would still need a plan to boost downstream action. On the cards as part of that effort is an oil hub, in which Petronas will no doubt play the giant role by making the largest investments. 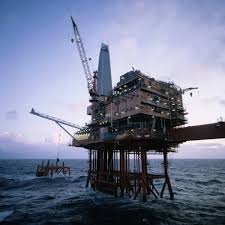 As if this were all not enough, it is coming under increasing pressure to give more and more to domestic players, the most persistent coming from bumiputra players who charge the oil company is simply not doing enough for them.

As Malaysia heads into its 13th General Election, with the ruling Barisan Nasional coalition facing its fiercest battle in 55 years versus Pakatan Rakyat, Petronas can expect to come under political fire for some of its actions.

Public protest recently prompted Petronas CEO Shamsul Azhar Abbas to meet with a Malay business grouping, which said they were not being helped enough. Some of its investments and contracts could also come under closer scrutiny, prompting Petronas to move slowly.

Petronas’ plans which could come under the spotlight as political fever reaches new heights in Malaysia includes the risk service contracts (RSC), a mutated form of its trademark production sharing contract or PSC. The RSC, some analysts claim, actually carries very little risk.

Malaysia’s  offshore oil services industry, which was facing a slow death, suddenly perked up in 2011 when Petronas announced that it has some RM300 billion to spend over the next five years. At least half of that amount may be spent to make Malaysia an Asian hub for offshore oil and oil products and gas trading centre, to compete against Singapore’s current pivotal role.

“A majority of the fund managers we met (in Hong Kong and Singapore) largely concurred with our view that Malaysia’s O&G sector is single-handedly driven by Petronas’ energy security agenda, “ said  Wong Chew Hann, oil and gas analyst at Maybank IB in a research note issued last month.

Suddenly, a handful of medium cap Bursa Malaysia- listed oil and gas companies such as SapuraKencana Group, Dialog Group, MMHE and Bumi Armada were thrown into the spotlight. Even some moribund small caps such as Wah Seong, Perisai, Perdana Petroleum and Alam Maritim got a second look.

Why so much hype about RSCs? Is it because analysts see the poorly named ‘Risk Service Contracts’ as no risk, high return giveaways?

Under a RSC, Petronas owns the marginal oil field and all of its production. The fee essentially covers the contractor’s expertise in developing the field and extracting of oil. In addition, the developers will be rewarded with a “performance bonus”, which will be capped at a certain level. Foreign oil companies would still be the driver for the RSCs, which requires their expertise, but a local partner will  get to come along for the ride.

Petronas said it has identified 106 marginal oilfields, where 580 million barrels of oil were to be recovered through the RSCs.  RSCs awarded so far were worth RM1-2 billion each. The RSCs were kicked off also by a government incentive to cut tax rates for marginal field development to 25 percent from 38 percent in 2011.

Each marginal oil field is supposed to hold reserves of 30 million barrels of oil equivalent or less and become viable when oil prices are at US$55 to US$60 a barrel. Some analysts estimated the RSCs gave an internal rate of returns (IRR – a financially correct way of measuring return on investments made) as high as 15 percent. This is considered high because little risk is involved – legitimate costs plus a return are guaranteed by Petronas.

Petronas moves have also been a boon to the Malaysian Oil and Gas Services Council (MOGSC), a professional body for oil and gas businesses in Malaysia. MOGSC  saw membership jump by 273 members since 2008. Before that, membership only grew from 33 to 99 in its first four years. Petronas CEO Shamsul endorsed the MOGSC recently when he told the Edge that its members would be the favoured recipients of RSC awards.

The first two RSCs were handed out to a partnership of UK’s Petrofac and SapuraKencana and  Australia’s Roc and Dialog Group in 2011, with a third awarded last year to Thailand’s Coastal Energy and Petra Energy. Two gas-producing RSCs were awarded in early 2013 to Scomi group but was later cancelled.

Analysts said that Petronas’s RSC award was at a slower pace than expected with only one of possible 22 RSCs awarded in 2012.

Early last month,  the Malay Economic Action Council (MTEM), a group of 47 Malay business groups questioned Shamsul for “failing” to protect Bumiputera interests and giving favours to foreign firms. In reply, Shamsul said that foreign firms were needed as local expertise was not enough. Also, the contracts were mostly open to companies able to raise RM500 million or more, which disqualifies many hopeful small firms.

With Petronas’ help, Malaysia’s upstream sector however looks robust. According to Infield systems data, Malaysia’s offshore service expenditures could rise by 54 percent to US$17.6 (RM55 billion) in 2011-2016, compared to US$11.4 billion (RM35 billion) in 2006-2010. Malaysia would make up a fifth of total Asian offshore expenditure, ahead of Thailand and India.

Meanwhile, Petronas is a major investor in Johor, a BN stronghold state, under Najib’s Economic Tranformation Programme (ETP) which seeks US$444 billion investments to drive Malaysia’s national income up over fourfold to reach developed status by 2020. Pakatan has criticised that Najib is giving too much incentives away under this plan,which also draws some harmful investments.

Spearheaded by Malaysia Petroleum Resources Corp (MPRC), a government agency to usher in new oil investments, Pengerang has been promoted as an Asian oil hub since 2011. Pointing out the availability of cheap land and deep waters there, two catalyst projects were announced. Petronas is to spend RM60 billion to construct the 300,000 barrels-per-day Rapid project to be commissioned in 2016.

Dialog Group, partnering Vopak, the world’s biggest oil and chemicals storage company, is spearheading the second catalyst project and has since last year begun constructing  1.3 million cubic metres oil storage tanks due for commissioning in 2014. The companies plan to invest a total of RM5 billion for petroleum, gas storages and port facilities

On paper, the Pengerang project covers 8,900 hectares, three times the size of Singapore’s Jurong Island, Asia’s oil and gas trading hub, which it hopes to mimic. But the project faces some setbacks. About 17 villages in the area are complaining that they are being offered unfair compensation to relocate and have raised a protest.

“The development in Pengerang is apolitical. Both State and Federal Government have been listening to the grouses and have taken actions where necessary,” MPRC said in written replies to KiniBiz.

Opposition party Pakatan would disagree. It said in its manifesto that it would put an immediate stop on Lynas rare earth plant’s operation, which faced public protest. In similar vein, Pakatan has said it would review the Pengerang project.

When asked if the project would still go on without Petronas investment, MPRC declined comment. “The feasibility study for Rapid was completed in 2012 but a final investment decision would only be made in third quarter of this year,” MPRC said.

Petronas has revealed very few details on this project and has declined comment.

Last month, Petronas said that the world’s biggest chemical maker, BASF has dropped plans to invest in Pengerang, after studying it for less than a year. Petronas is still roping in investors which, based on past reports, may include Japan’s Itochu, Italy’s Versalis, German’s Evonik, Thailand’s PTT Group and a Qatari sovereign wealth fund.

Despite its domestic problems and the pressures it faces one thing is very obvious – Petronas has done far better in Malaysia than overseas although we can’t say how much better because Petronas is not transparent enough.

Much of the reason for that is Petronas owns the country’s oil and gas reserves. Unlike other oil companies it takes the lion share, not a cut, meaning that profit margins are higher – a lot higher. That’s what makes Petronas one of the most profitable oil companies in the world.

Perhaps that’s what Petronas should have stuck to – harnessing our oil and gas wealth for maximum benefit to the nation and the people.

Tomorrow: What Petronas should do