Now you see it, now you don’t. PEMANDU seems to be driving the nation through smoke and mirrors. One minute dazzling reports appear with a poof, and the next minute mesmerizing achievements disappear with a puff. 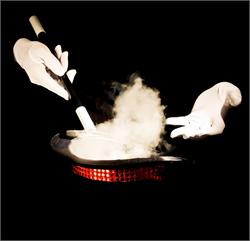 For instance, PEMANDU trumpeted 100% success in the construction of a RM1.9 billion wafer fab plant, but REFSA later unearthed the fact that it was never built. Rosy economic numbers for 2011 were tossed up the air, but they might as well have turned into doves and flew out the window because real gross national income (GNI) was, in fact, below target. The seemingly never-ending feel-good ribbons of achievements that PEMANDU pulled out of its sleeves turn out to be much shorter than expected, with the forecast of incremental GNI being slashed a whopping 45%.

The verification of figures by PricewaterhouseCoopers (PwC) was also not a full audit, as widely believed. They were merely Agreed-upon-Procedures (AUP), the ambit of which were so loose that PwC failed to detect a huge RM1.9 billion wafer fab plant that was never built. How many other less audacious lies were hovered through the hoops of detection?

REFSA is not buying PEMANDU’s razzle-dazzle, or ‘perception manipulation’. We tip over the contents of the illusionist’s hat in our final focus paper in the series, Dissecting the ETP Annual Report (Part 7) to reveal the masterful sleight of hand by the Perception Manipulation & Deception Unit.